No.1 of the series of In Living Memory pages

Burley in Wharfedale
All the above images are reproduced with the permission of the National Library of Scotland's Digital Map Service.
Scalebor Park Hospital, Moor Lane, Burley in Wharfedale, West Yorkshire.
Also known as West Riding Private Asylum & Scalebor Park Asylum
Opened 1902, main part of the hospital closed in 1995. Parts of the hospital site were demolished in 2001 & redeveloped for housing. The wards overlooking the sports ground & facing Moor Lane were converted into apartments.
Highlands: To the north east of the main Scalebor Park Hospital site.
A mansion called High Lands or "The Highlands" built in c1899 by William Mitchell, a director of Wm Fisons & Co. & designed by the architect Ernest Newton.
The mansion was bought by West Riding County Council & added to the Scalebor Park Hospital complex. At some point it underwent substantial alteration, with the addition of an extension to the front in the style of the rest of the property.
Highlands became a child and adolescent unit. Also known in the National Archives as Highlands Hospital. This was closed at a similar time to Scalebor Park Hospital & the site is now housing.​
​The two drawings of The Highlands, Burley in Wharfedale by Ernest Newton, are taken from the Academy Architecture and Review journal of 1899.
Similarly West Lodge and its grounds, to the south of Moor Lane, provided a location for nurses residences and a training school.
West Lodge was used as an evacuation nursery between 1940 & 1947 by the Waifs & Strays Society (Children's Society). It took children from the Beckett Home for Babies (architects: Chorley & Connon) at Meanwood, Leeds.​​
1971 - Leeds Region's Wharfedale Hospital School of Nursing was based at West Lodge. This school had training places for 20 RMN student nurses plus 40 SEN (General) and 12 SEN (Psychiatric MI) Pupil Nurses per year.
​Now has new housing in the grounds called The Drive.​​
Moor Lane Centre: Had previously been the new admissions unit or wing for the hospital, built c1960s. Continued with respite services, but it closed in 2009. This has now been demolished & new housing has been built on the site.
​
Scalebor Park Theatre (Recreational Hall & Ballroom) - ​Built c1920 demolished 2001.
All images of Scalebor Park Hospital Theatre courtesy of the Theatres Trust. 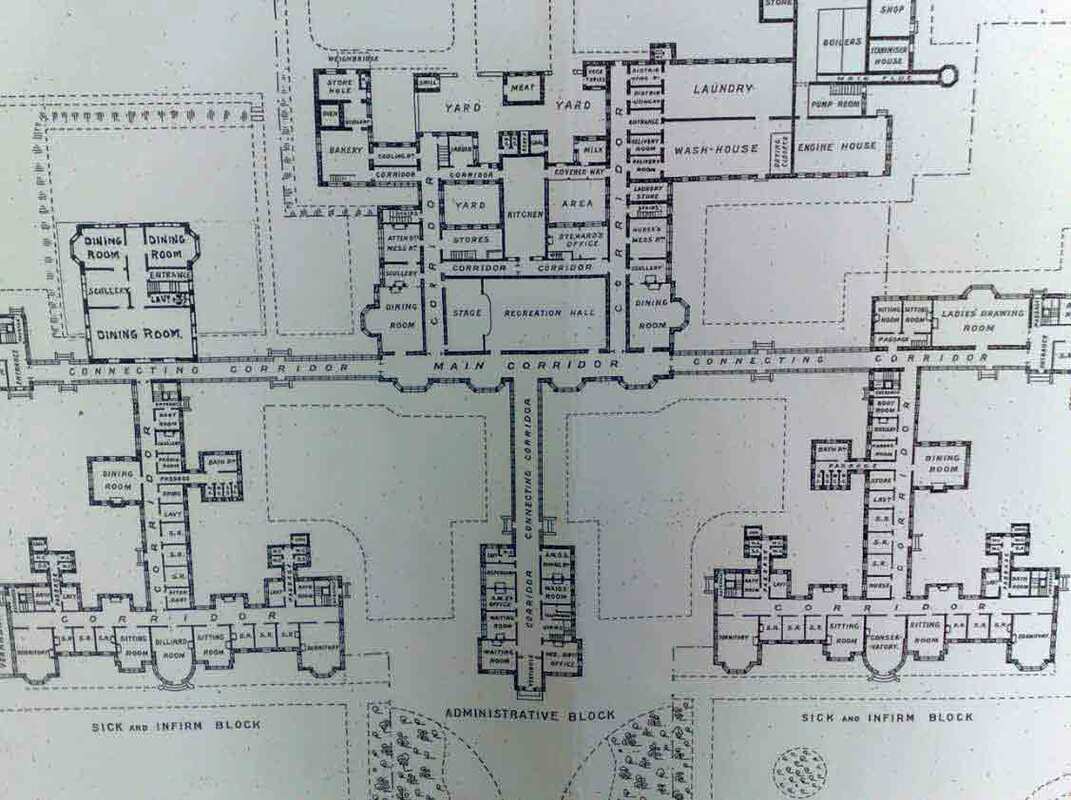 Thanks to Laurie Sloan for identifying this image as being 1964 or 1966 Wizard of Oz at Scalebor Park Theatre (Recreation Hall & Ballroom), Burley in Wharfedale. 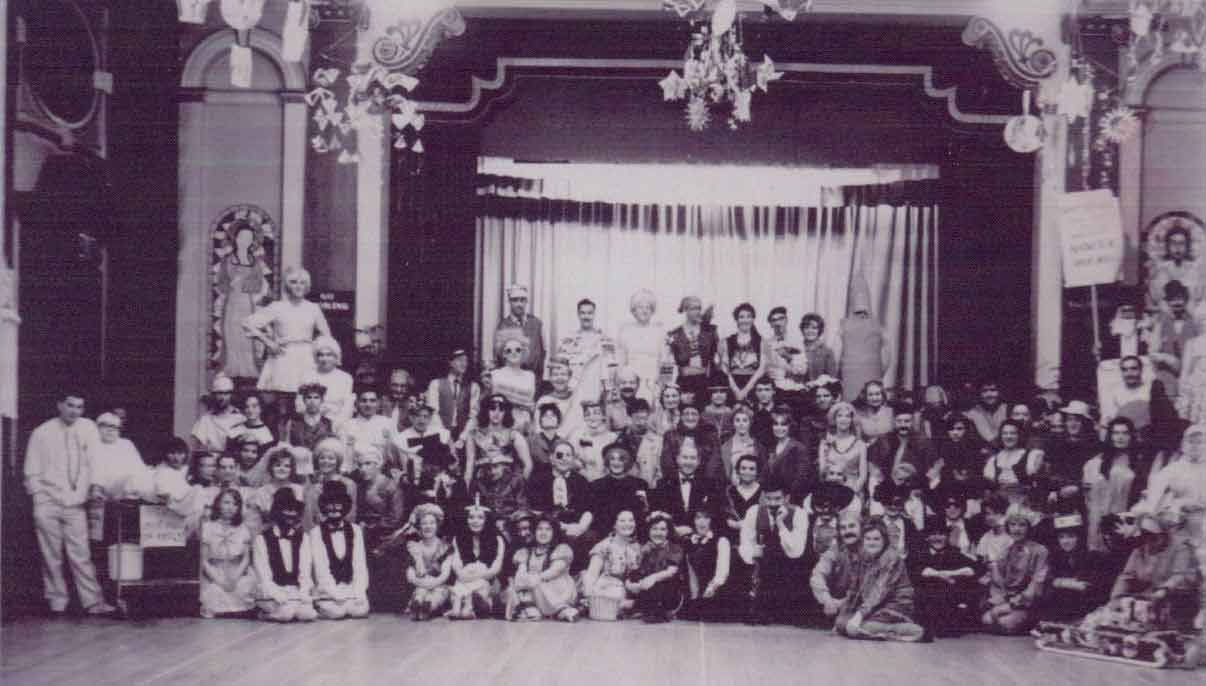 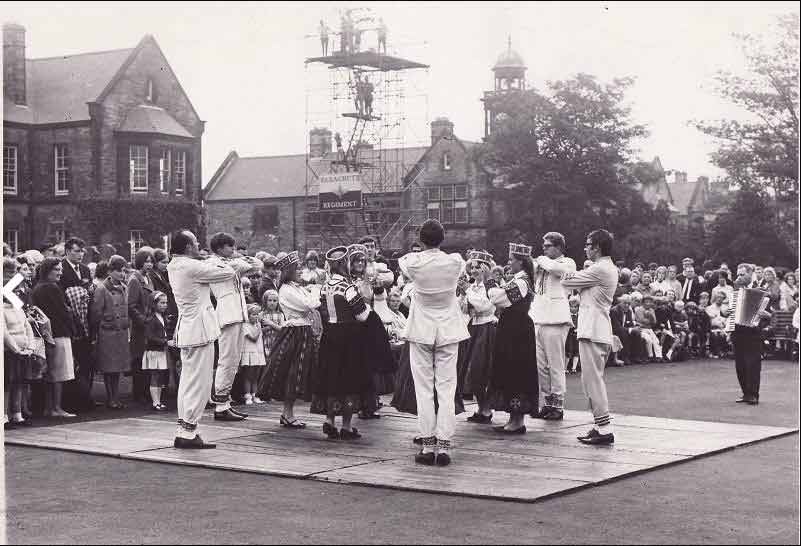 Scalebor Park Hospital’s gala in 1966 courtesy of the Wharfedale Observer
1977 - ​YouTube Video: ​https://www.youtube.com/watch?v=9dKQO_JqQYM
A short film, made from black & white stills, about Scalebor Park Hospital by Joy Godfrey
"​Joy was granted permission to film there during the last year of her Community Arts Course in Bradford. Narration is by Bill Godfrey, staff nurse, and Miss Rhoden, head of occupational therapy. The poem "A Crabbit Old Woman" was read by an outpatient at the hospital." 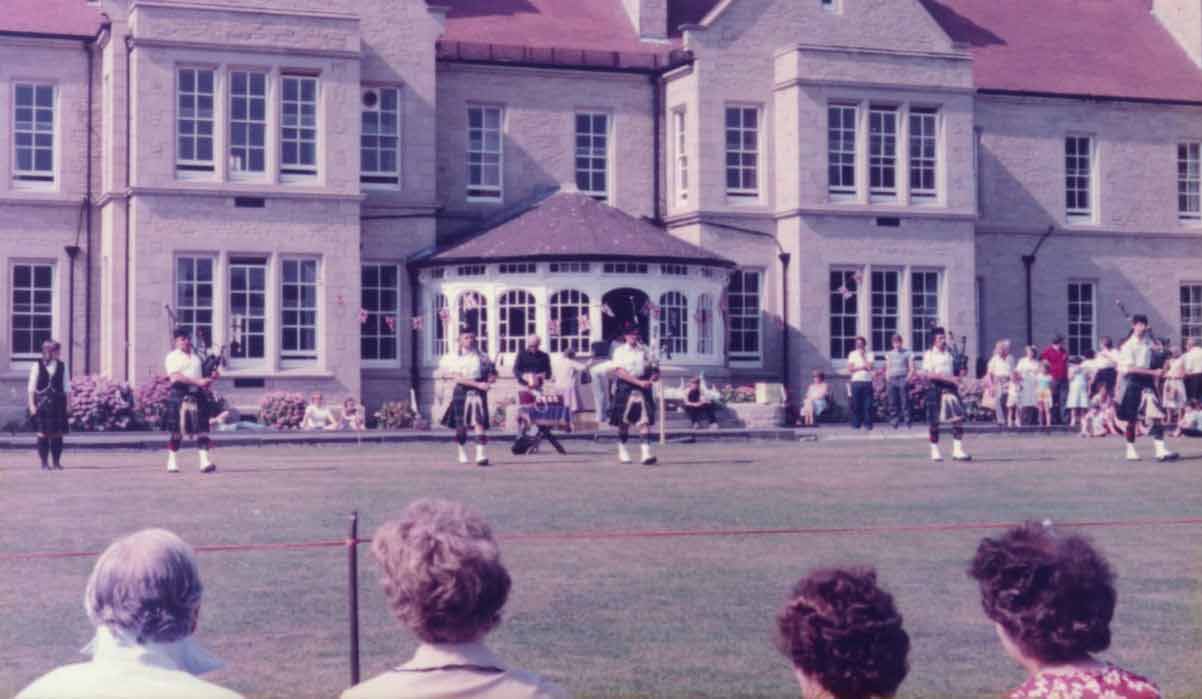